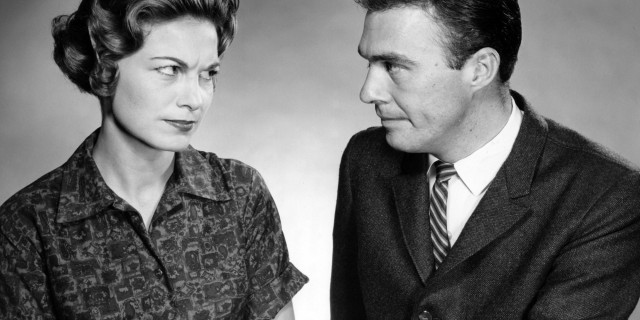 Part 4 of an 6 part series. See other articles below.

We all long for relationships and connection; emotional, psychological and sexual. Life would probably be much less painful if this were not true but it would also be much less full of beauty and joy.

Think about some of the greatest moments of happiness and pain in your life; I’m sure most of them centered around relationships and your connection to someone else. A new love was found, a cherished family member passed away, or a new friendship was developed. These new, cherished, or lost connections are what make up the stuff of life. Yet this thing that we spend the majority of our time, heart and energy focusing on – a relationship- is something we are in the dark about, not sure how to navigate, compromise, change, or figure out our roles within. We all have questions about how to work out these all-important connections.

Tell me about how you and your partner discuss gender norms?

Mostly, there aren’t many differences between people who are in straight relationships and those in LGTBQ ones. We all want to feel known, understood and loved – gay and straight. But interviewing people on the subject of relationships, one major difference began to arise — how roles and responsibilities are negotiated and decided upon.

In these interviews, I began to see a sort of freedom those in the LGBTQ community had when it came to roles. What I mean is things like household jobs, who brings home the money and who takes care of the kids is not assumed based on gender. How do people in same-sex relationships navigate who does what without gender roles? It’s based on natural ability, talent and interest. Now, of course not all heterosexual couples are strapped to the idea that men work and bring home the money and women stay home, but it takes more energy and conversation to navigate for straight couples to work out their lives outside of traditional roles.

Those I interviewed who were once in heterosexual relationships experienced this shift as a freedom and felt grateful to have more choices. There were plenty of heterosexual couples navigating roles of who does what outside of the traditional ways of doing things, but it felt “more complicated.” It took more internal energy to fight against what these expectations meant for them as individuals. Men who wanted to stay home with the children had to fight against their own feelings of “not being enough of a man” as well as familial and communal expectations of them. How do I explain to my dad who worked 65 hours a week to provide for my brother and I that I now want to stay home with my kids so that my wife can work?  Those who did not want to fall into the traditional roles said that sometimes it just made more sense; for instance the strong, competent female who had to fight the thought that she was “less than” every time she cleaned the bathroom. It seemed to take much more courage to live outside of the bounds of traditional roles for those in heterosexual relationships.

Yet, the amount of satisfaction found with both those in heterosexual and same-sex relationships was above – by leaps and bounds – those who at least got to consider and choose how they wanted to navigate roles. There are plenty of women who stay home with the kids and men who go off to work everyday who are deeply satisfied, but more so when they get to make a conscious decision and decided as a family what is best.

So what about sexual desire in light of all of this? I always say it must be a cosmic joke that in most romantic relationships, both people don’t usually want to have sex at the same time. It’s mostly one person perusing the other and the perused person determining if they could “get in the mood” in order to have sex, or if they feel like simply “giving” to their partner.

As a therapist, this answer has been simple enough to give but not always easy to live out. I like to say, “You can only go as fast as the slowest person wants to/can go.” If a wife wants to have sex three times a week, but her husband only wants to once a week, the relationship has to defer to the one who only wants it once a week. This does not mean the couple should only have sex once a week and the wife is doomed to feel unsatisfied for the rest of their marriage. For people in committed relationships, it should be about giving to the other person, both the one with less sex drive and the more. The person who wants more sex should follow the lead of the person who doesn’t want it and the person who doesn’t want it as often should stretch themselves as much as they are able in order to give to their spouse. This way, both people are giving and stretching on behalf of the other. This does not give the slowest person the right to hold that over the other person’s head. See I told you, even our therapist says I’m right and we only have to have sex once a month! In fact, while the slower person might feel relief that they no longer have to feel so much pressure, there is something they have to come to terms with. Not only is stretching and working on increasing their sexual drive a way to show that they love their partner, it’s also a way of strengthening their relationship.

With those I interviewed, I assumed I’d hear the same thing reflected back to me that I believe about how to work out the differences that occur in sexual desire. But there were a few people that surprised me who come from a conservative faith background. These people spoke to a traditional way of believing. They were taught that you are “supposed” to have sex as much as your husband wants. It didn’t matter if it was more or less than the wife; the husband was the pace setter as to how often sex was going to be had. It was seen as the wife’s “duty.” She mandated by God to sexually please the man and keep him happy because if a wife doesn’t keep her man happy, he will leave or cheat, and it will be her fault. Not only will it be “her fault,” God will not bless her as a Godly wife. What a complete distortion of what God calls us to – women as much as men.

This way of living does not acknowledge both partners are valued and valuable, equal partners to be cherished. It puts the wife in a role of being owned and objectified by her husband and the man into the role of isolated objectifier. It’s a set-up for neither person to live from a place of truly giving of themselves, or receiving from their spouse, and a truly sad predicament.

What all of these findings and thoughts point to is a need for us as people to be willing to risk and begin communicating with those we’ve partnered ourselves to?

Take the time to really think about how you want to live out your roles and contribute to your family and begin talking about it. The freedom you end up finding in allowing yourself to live more fully into your desire and natural ability will make your relationship feel fresh and new and being about a greater level of satisfaction than felt before.

When it comes to sexual desire, the foundation is being true to oneself while giving to the other person at the same time. The balance isn’t always easy to find, but when you do, it creates a happiness and contentment within romantic relationships that can’t be matched.

Other parts of this series:

For more information about Candice Czubernat, please visit her professional website at TheChristianCloset.com